Nicola Tesla was born as the son of a Serbian-Orthodox priest, in Smiljan, in the Austrian Empire, modern-day Croatia. After his education in Croatia, he studied physics, technology and philosophy at the Universities of Graz and Prague. After working in France and Germany for a short period, in 1884 he emigrated to America. Here he got a job offer at the company of Edison. Nikola Tesla can be ranked among i.e. Schauberger, Keely, Henderson and Reich.

After a short time, Tesla had a conflict with Edison, who was one of the founders of General Electric. The story that’s been told is that Edison was unable to solve a certain problem with one of his inventions. Edison promised a substantial reward for the person who could solve his problem. Tesla reacted and, being a genius, was able to solve the problem shortly afterwards. But Edison refused to pay the promised reward and thought this was American humor. Shortly afterwards Tesla resigned and started his own company, supported by George Westinghouse, a rival of Edison.

Tesla occupied himself with all kinds of electrical systems, like the electrical transformer, the electro-magnetic motor and electric light systems. His biggest invention was the development of the alternating current, that he developed much further and therefore invented nearly all infrastructure to put up a reliable electricity network. After a while even Edison was forced to switch from direct current to alternating current. Tesla was fascinated by resonance phenomena, especially electrical resonance. He developed the Tesla coil, that currently is a part of modern resonance equipment to help people heal from multiple health problems. Tesla mainly experimented with high frequent alternating current in a laboratory in Colorado. It was here he developed the Tesla coil, a special transformer, nowadays used in every analog radio and television. The coil in a car principally is a Tesla transformer. Tesla had a huge transformer in his laboratory that could produce long sparks of more than several meters by means of a bulb. Tesla was able to power light bulbs several miles away by this gigantic electromagnetic field. Citizens from the nearby town Colorado Springs complained of not being able to sleep because of the enormous lights and the deafening noises. One day Tesla burned out the dynamo of the electric company and enough was enough and his license was withdrawn.

He then went to New York to continue his experiments. This gave him the idea of remote control by means of electromagnetic waves and he experimented with a remote controlled boat, causing a lot of attention from the public in those days. Nowadays Tesla is considered to be the original inventor of the radio. It took a major lawsuit with Marconi, who eventually admitted that Tesla was the inventor.

Tesla also developed an electron beam generator, a metal bulb that produces power incessantly. This is an engine that operates by means of gravitational waves, coming from planets in our solar system. On a certain time a year, the engine starts all by itself, reacting to a certain constellation of planets. When the period of resonance has passed, the engine stops automatically. Tesla also left a flying machine behind, a metal disc with anti-gravitational properties, that is always floating at the same level. He is the inventor of wireless control, wireless communication and X-rays.

Ever since 1931 the MWO (multi-wave-oscillator) is being used to treat many diseases, including cancer. This machine is developed by Lakhovsky, aided by Tesla. It is impossible for the MWO to have any adverse reactions on patients, since the radiation of the machine has no electrostatic character. Therefore it is impossible for celltissue to get overheated, as in X-rays.

Our multi-wave-oscillator is a very powerful machine and no second one like it can be found. 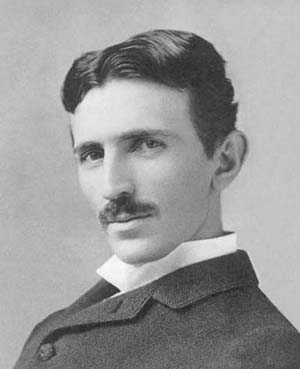