In the 1920’s, Royal Raymond Rife has possibly made one of the most important medical discoveries in history; he designed and built the most powerful microscope that has ever been made. This microscope could have caused an enormous change in medication. His microscope was able to magnify viruses and bacteria, enlarging them 60,000 times and thus making them huge. One was suddenly able to view biological processes and this was very unusual at the time. Electron microscopes aren’t able to do so, because they kill all life beneath them instantly.

By using his microscope Rife discovered processes that had never been described in the medical world before; bacteria who could transform themselves into different shapes, also called polymorphous bacteria. Rife described 4 different forms. Later on one of these forms was called T-Bacilli by another scientist, Wilhelm Reich. It was believed that these T-Bacilli were able to transform ordinary human cells to cancerous cells. A revolutionary discovery: bacteria that can cause cancer.

Another much more important discovery made by Rife was a way to selectively kill viruses and bacteria in a human body. He discovered every virus and bacterium had its own life frequency. After mapping these frequencies, Rife built a machine that sends energy in the body with these frequencies. As a result, the bacterium or virus in question started resonating and exploded at the right frequency, just like a glass. Soon enough he successfully fought T-Baccilli and other viruses and bacteria. Resonance therapy was born.

Rife and his cancer research

In a case study of sixteen fatal cancer patients, who were treated with the Rife machine on a cancer bacterium frequency, T-Bacillus, according to Rife a success percentage of 100% had been achieved. Phenomenal results, that didn’t go unnoticed. Soon a banquet was held and many outstanding doctors and researchers from the United States were present. The end of all diseases seemed to be near and the doctors were toasting these wonderful results.

Shortly afterwards no doctor or researcher seemed to have ever heard of Rife, even though people could see the evidence of photo material of the banquet. From then on Rife’s findings have been concealed and he was laughed at. Even though he could easily prove his findings, other researchers simply refused to look through his microscope. This happens oftentimes in science when people have different opinions, different views, that vary from the rest. Rife has been opposed for the rest of his life. He died many years later on, in poverty and beaten.

In the 1980s there was a new interest for Rife’s work e.g. by Barry Lynes, who wrote the book ‘the cancer cure that worked’. Since then research is being done in different places in the world concerning Rife machines and technologies. Resonance therapy, as given by NGC Energy Healing, has been developed on Rife’s findings, but also on the findings of George Lakhovsky, Hulda Clark, Nikola Tesla and Wilhelm Reich. We have developed new machines and have made the knowledge of this scientist and our knowledge a whole. 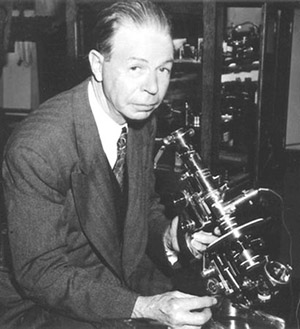