Wilhelm Reich was born in Galicia, in a small village that nowadays is part of the Ukraine, in 1897. After serving in the First World War he started his study in medication at a University in Vienna, and later on he specialized in psychiatry. He felt attracted to the teachings of Freud and very soon became one of his most promising students. He developed multiple theories about sexual influences on physiological problems, eventually causing the break of his relationship with Freud.

Reich continued his research and discovered a kind of energy that seemed not to be subjected to the laws of electricity and magnetism. This energy, that he called ‘orgone’, appeared capable to kill bacteria and viruses. After publishing about his findings, he was attacked ruthlessly in the press by his colleague scientists.

When the Second World War was approaching, he decided to continue his investigations in the United States. Over there he occupied himself with the influence of orgone radiation on cancer cells and developed multiple machines that were able to produce orgone energy. Reich discovered that orgone was a sort of energy that one could obtain never-ending out of the atmosphere.

His work became more and more popular, and there suddenly attracted the attention of the journalists. In one article, a freelance journalist described his work in a totally wrong way. The journalist implied that Reich was a real danger to the public and that the medical authorities should take action against him. When this article came to the attention of the FDA (Food and Drug Administration) it resulted in a 10 year campaign to destroy Reich and his work. This campaign ended in the burning of most of his publications and the destruction of all the orgone accumulating machines he had made.

Wilhelm Reich and one of his students were convicted for the transport of “orgone accumulators”. In the end he died of heart failure in his prison cell in Lewisburg, Pennsylvania, just two weeks before his 60th birthday.

In our natural healing center, we’re using an orgone beamer that’s built based on the findings of Wilhelm Reich. The orgone beamer has a positive influence on both the human body as the mind. 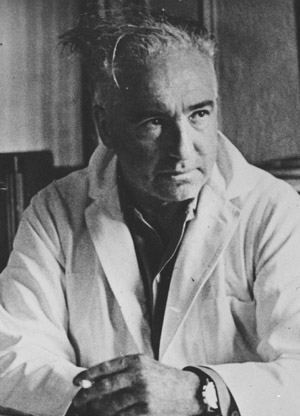