George Lakhovsky and the multiwave oscillator

George Lakhovsky and the multiwave oscillator

George Lakhovsky, a Russian scientist by origin, believed that every cell of the human body has it’s own frequency. Healthy cells emit a frequency radiation. Whenever a part of the body was damaged, inflamed or ill, then the resonance of those cells became less intense. When pathogens, bacteria, microbes take over, they disrupt our healthy cells with their harmful frequency. He wanted to construct a device that was capable to generate a field of frequencies and in a very broad spectrum, so as whenever one would place a sick person or the affected body parts in this frequency spectrum, those diseased cells would recognize their own frequency, tune in and would start resonating in their own frequency again, making the illness disappear.

Regeneration according to George Lakhovsky

The general idea is regeneration of the body, what goes beyond healing. Regeneration is the replacement of irreparably damaged or lost cells by new ones that are equally good. This regeneration happens in a completely natural way; our cells consist of resonance (vibration) frequencies and will be regenerated because they will be put in the right frequency again, resulting in a better functioning of the body in many ways.

Lakhovsky continued and thought it had to be possible to halt and even cure degenerative diseases like leukemia and cancer this way. One technical problem however, was how to get such a machine operating. After a long time of experimenting he called Nicola Tesla in for help, who had over 1000 patents and he already had the blueprints completely ready for use.

The multi wave oscillator enabled one to activate healing processes and above all enabled one to cure most cases of cancer, leukemia, osteoporosis etc. An important part of Lakhovsky’s work took place in 1920-1930. In countries as France, Italy, England and Germany multiple of Lakhovsky’s machines were operating, but they slowly started disappearing again. Many people said the reason for all this was because of the quick results provided by the machines, making the hospitals unnecessary and no profits could be made by them.

The Second World War totally put an end to much of Lakhovsky’s work. It just disappeared, almost over night. When visiting the United States he was struck by a limousine while crossing the road and despite of his protest, landed in the hospital where he died under mysterious circumstances at the age of 72.

Our multi-wave-oscillator is a very powerful machine and no second one like it can be found. 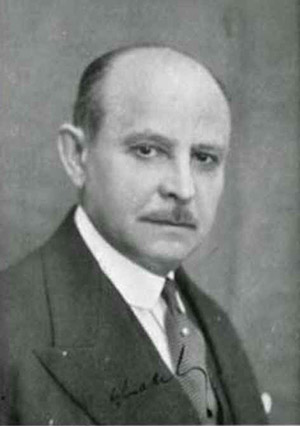